A+ A-
Print Email
The grandma who went viral earlier this month dancing to Fireboy’s song Vibration, has passed away. 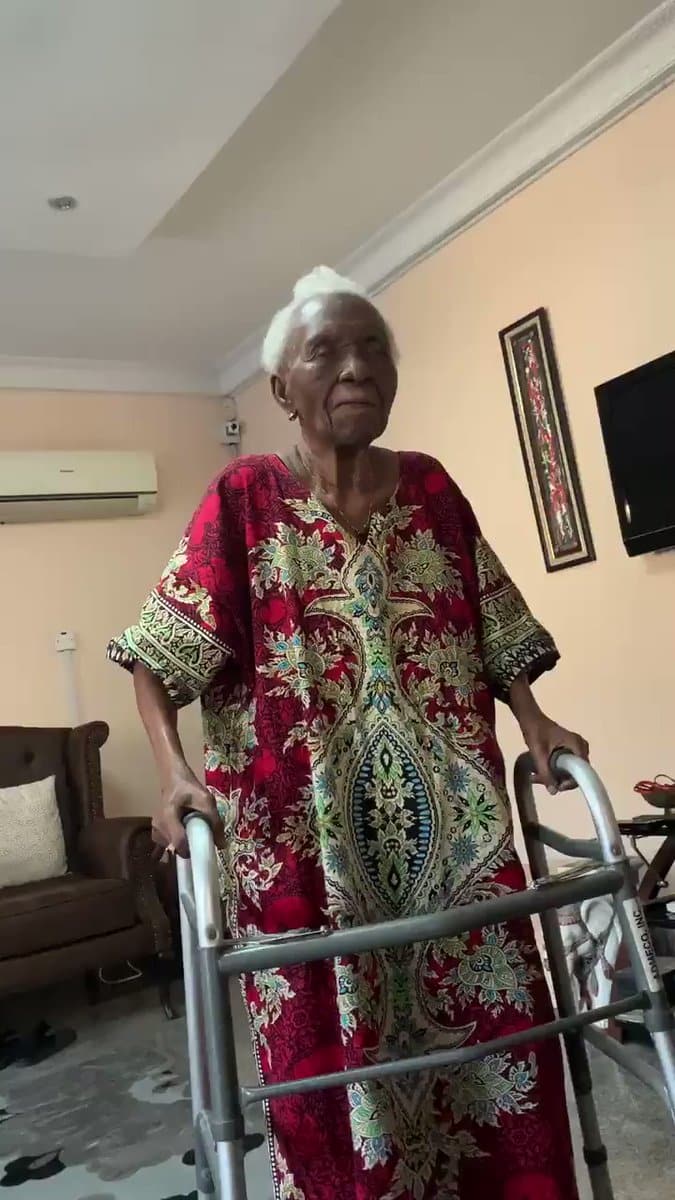 The 92-year-old woman in the viral video could be heard saying she didn’t want to carry overload, which is the catchy phrase in the song, while vibing rhythmically as the song played in the background.
A social media report by one @eniolahu on Twitter has it that the grandma has just passed away.
His tweet read ;
“My friends’ lovely dancing grandma has passed away ??Thank you Ma, for bringing us joy. Rest well”

Thank you Ma, for bringing us joy. Rest well

955 people are talking about this
By Michael Of Ariyabaze
Labels: Entertainment News