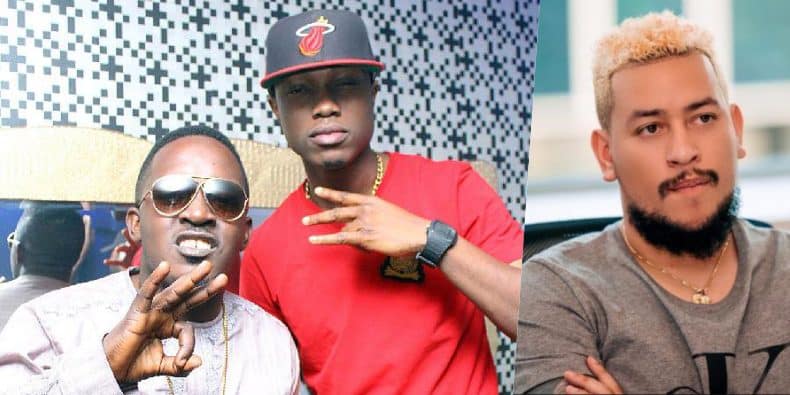 Nigerian and South African social media hemisphere was at boiling point after videos emerged yesterday of Xenophobic attacks on Nigerians in South Africa.

Well, MI decided to raise a voice and at the same time lend support to his South African contemporary, AKA and it resulted in wide backlash from the public and his arch rival, Vector.
See MI’s tweet below;
“I pray for healing.. our continent has been hurt so much and we are acting out from pain!!! 💔 Say NO to Xenophobia!!!

Also.. I can speak honestly in saying my bro @akaworldwide loves Nigeria.. taken out of context his tweets can be misinterpreted.. however he loves and respects Naija!!!” 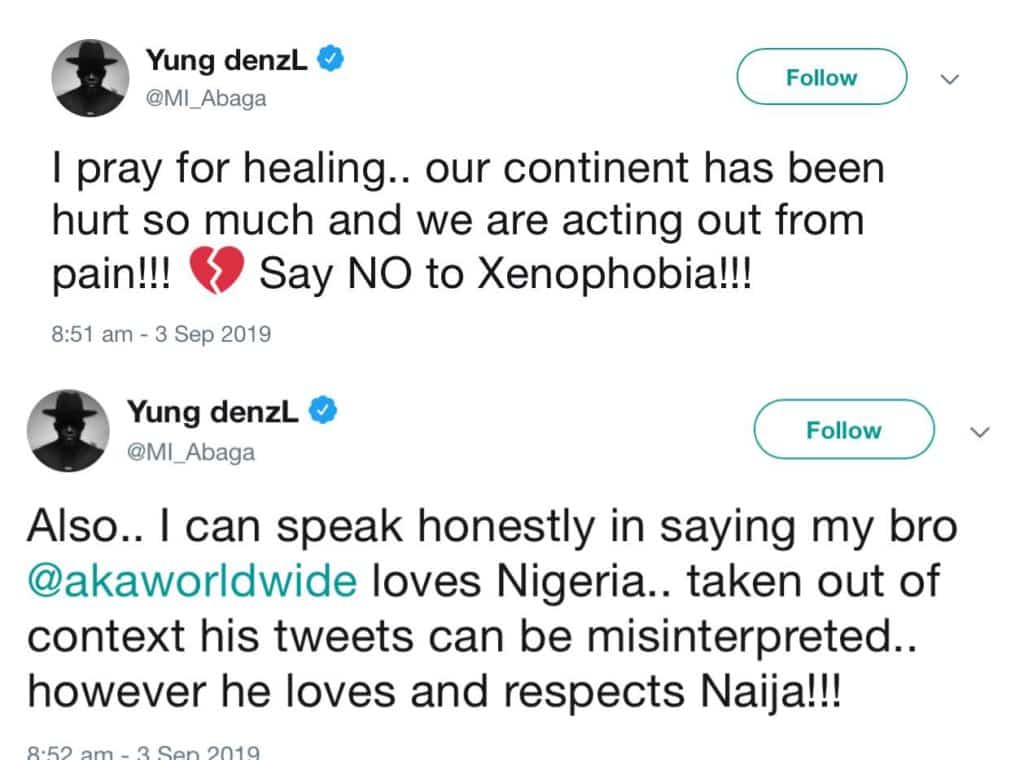 And vector’s reply to him below;
“You will not come here and be diplomatic on some dumb shit he said. We know he likes Nigeria enough to come here and play with the people but the same people’s relatives are dying and he can be sarcastic? Sit down.” 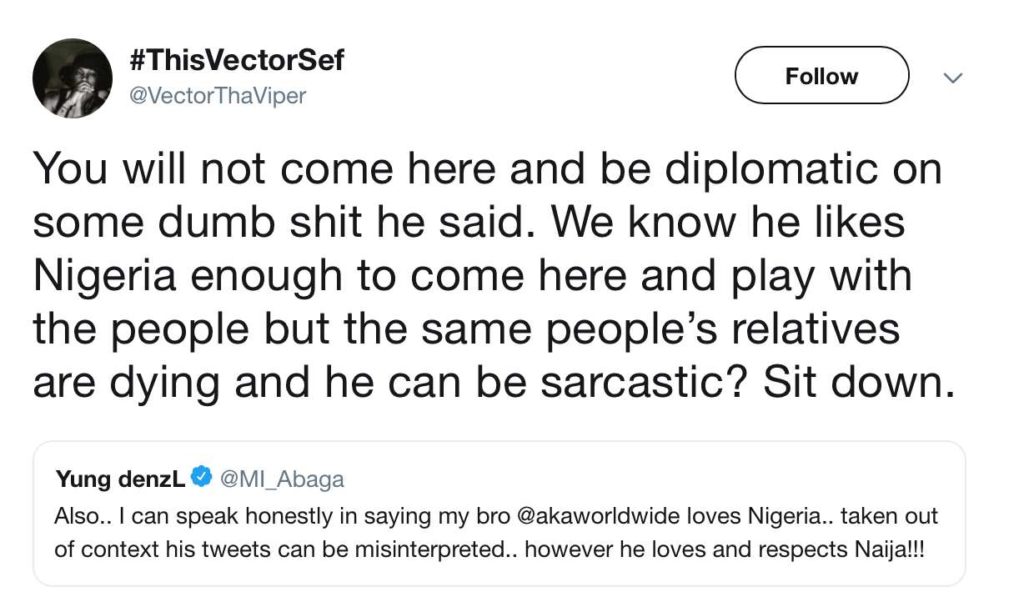 Music Of The Week