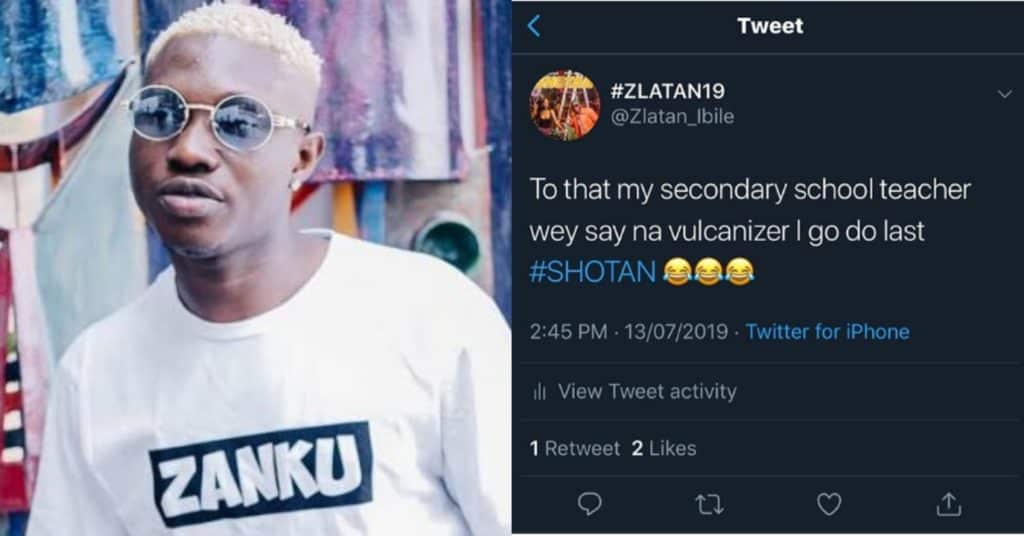 Popular Nigerian indigenous rapper and rave of the moment, Omoniyi Temidayo Raphael, also known as Zlatan Ibile, has called out his secondary school teacher on Twitter.
The father of one took to his official Twitter account to call out his school teacher who told him he will become a vulcanizer in future.
Some believe the singer might have been an unserious student back in school who showed signs of amounting to nothing in the future for the teacher to have made such remarks on him.
However, Zlatan Ibile seeks to have proved his teacher wrong.
See his tweet below: 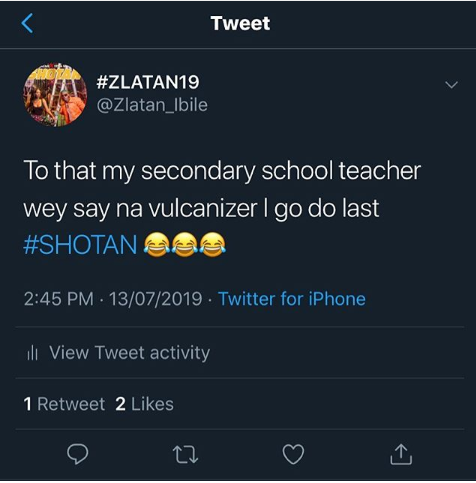