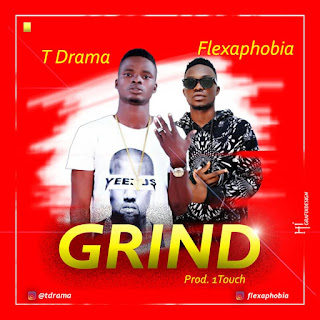 Bamidele Tope popularly known as T Drama was born on May 2nd, 1993. He’s from Akure, Ondo State, he is a Nigerian hip hop recording artist, entrepreneur and social activist.
T Drama earned recognition early through his collaboration with fellow rapper, Omavielawhen they formed the group call Dirty Gang.
T Drama‘s musical career continued with street jams success including collaborations with producers OneTouch and rappers Slim Jay West and Omav. His most recent mixtape freestyle was titled Keep On Hustling which was released in 2017.
T Drama founded a record label in 2017 named Dirty Gang Entertainment. He did a collaboration too with Slim Jay West titled Ghetto Hot Street Jam.
He features sensational musician, Flex A on this one and titles this Grind.
Enjoy and download below.
Audio Player