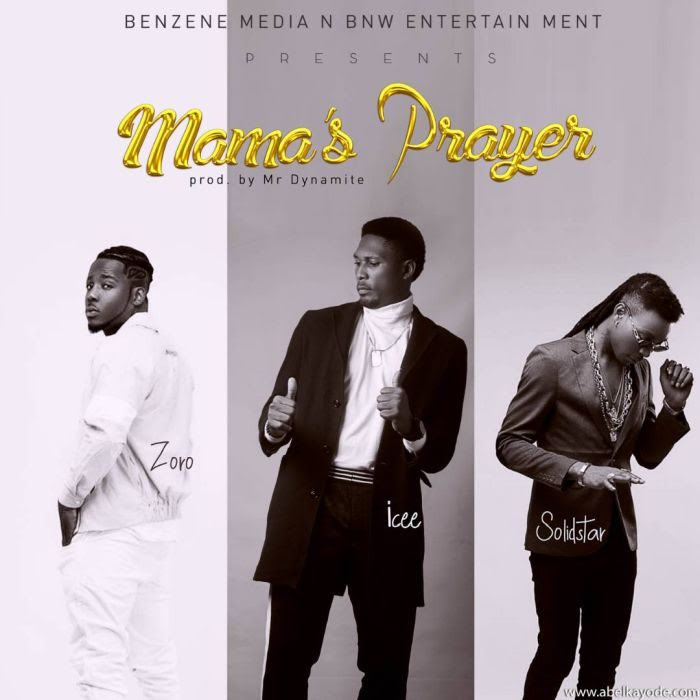 Benzene media/BNW Entertainment multi-talented and multilingual artist Caxton Anokwuru, also known as Icee is set to release a new single titled Mama’s prayer produced by Mr Dynamite, featuring Solidstar and Zoro.
Icee who hails from Ahiazu Mbaise local government of Imo State, in the Southeast, had his education in the north and now lives in the Southwest of Nigeria.
His exposure to the various cultures in the country growing up is evident in his music where he expresses himself in the three core languages of the country (Igbo, Youruba and Hausa), all of which he speaks fluently.
Icee is full of promise, he is the next big thing..
Listen & Download “Icee x Solid Star x Zoro – Mama’s Prayer” below:-
DOWNLOAD MP3
What do you think about this song?
We want to hear from you all.
Drop your comments
By Michael Of Ariyabaze
Labels: MUSIC

Music Of The Week